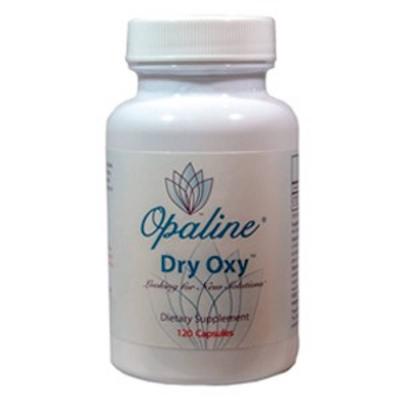 Opaline Dry Oxy Capsules for Altitude Wellness. Suffer Altitude Sickness? Now you can enjoy your vacation and skiboard at your best.

Opaline Dry Oxy Capsules for Altitude Wellness. Suffer Altitude Sickness or just have to stop frequently to recharge? Now you can enjoy your vacation and skiboard at your best with less fatigue and more energy.

We have been actively researching all the various oxygenation products on the market including liquids, supplements, canned O2 and more. We found that absolutely the best are the two we offer – Opaline Dry Oxy Capsules  for Altitude Wellness and Altitude RX (see other listing). To stay in peak wellness when active and at altitude, especially if you come from much lower elevations, these are the two products we recommend.

When exerting, your body is burning your available oxygen in your bloodstream and your lungs are working as hard as possible to replenish and keep up with the depletion of available oxygen. If you’re affected by altitude, then it is usually your body’s inability to process enough oxygen. If you are at a higher altitude, (5,000 feet or higher) your wellness can be compromised even more, not just by how fast you can breathe, but how much actual oxygen is in the air that you are breathing! Opaline® Dry Oxy Capsules have been available and sold worldwide for over five years. During that time, people with negative health issues have been assisted by this form of stabilized oxygen. Opaline makes oxygen readily available to your bloodstream, going directly to your muscles and allowing you to recover quickly from exertion. Dry Oxy give you much needed oxygen before, during and after your time on the mountain and any other time you want to operate at peak efficiency.

Enjoy your time on the mountain, riding at peak performance with our recommended Oxygenation products.

OPALINE® DRY OXY Capsules use the process of oxygenation in the body by activating dry stabilized oxygen to accelerate the body’s recovery process through the digestive system. Opaline® Dry Oxy Capsules are known for increasing energy (without caffeine) so should be taken during the time of day when you plan to be awake and active. Fabulous for Energy. No Caffeine.

It is recommended that you use it twice a day for maintenance or moderate problems and three times a day for acute problems. Some cases might only need two or three days of use, while others, like detoxifying, might require several weeks. For long term use, continue as long as needed for the situation.

OPALINE® DRY OXY® Capsules are very effective for athletic performances such as high altitude skiboarding which put a bigger oxygen requirement on the body. Because it is a naturally occurring molecule, the body uses it readily. It is very effective in muscle recovery both during and after exercise as well.

*If swallowing is a problem such as with pets, children or other times when swallowing a capsule might be an issue or micro dosing is needed, open the capsule and sprinkle the contents on a small amount of food. (i.e. yogurt, pudding, applesauce, etc.)

**Do not take within one hour of taking ‘time released’ medications.

**DO NOT use after tissue or organ transplants, during chemotherapy, or during any treatment for cancer as an improved immune system is not recommended at this time.

I’m a 73 y.o. ultra runner that’s completed 33 ultra distance events since turning 69. In 2020, at the Turshar 70K near Beaver, UT, I experienced altitude issues (racing heart, dizziness and muscle weakness) after spending the first 25 miles above 10,000 feet. In short, I had to pull out of the race at mile 30. I was bound and determined to find a solution, as my next race, the Sangre de Cristo 50 Miler had a min/max elevation of 9,200/11,500 and average 10,000 feet. Fortunately, I discovered Opaline Solution’s Dry Oxy, which turned out to be a game changer. I finished the race 3 hours under cut-off without experiencing any altitude issues, just one very tired body. The additional oxygen provided by the supplement gave me exactly what I needed to successfully complete a Big Mountain Race. It’s a great feeling going into 2021 with the confidence needed to tackle the Zion 100K, Bryce Canyon 50 Miler, Tahoe Rim Trail 50 Miler, Tushar 70K, Kodiak 50 Miler (Big Bear Lake) and the Sangre de Cristo 50 Miler. Thank you Opaline Solutions!

The clinical use of Opaline® Dry Oxy™ capsules as a therapy to remove oxidative stress scavengers not only signals a new form of therapy, but gave us a better understanding of the mechanisms of many cellular toxicological reactions involving depleted oxygen within the cell membrane or its organelles.

The formation of various species of modified oxygen which reacts with biological substances (unsaturated fatty acids, for example) involves the reduction of molecular oxygen. These reactive substances include superoxide, hydrogen peroxide and hydroxyl radicals. The so-called antioxidants are substances which react with and neutralize the reduced forms of oxygen – not oxygen itself. One definition of an “antioxidant” is a substance that prevents molecular oxygen from being reduced to any of the various active forms mentioned above. A second commonly used definition of “antioxidant” is a substance which reacts with and destroys any of a variety of modified forms of molecular oxygen rather than oxygen itself.

Reactive intermediates can interact with neucleophilic sites on tissue constituents, such as the sulfhydryl group of glutathione and cysteine, or the amino or hydroxyl groups present in DNA, RNA, or protein. These later intermediates have been observed in three Morgellon’s individuals who had advanced biological monitoring tests performed by a CLEA approved lab – Quest Diagnositics, Inc. This finding would explain why Opaline® Dry Oxy™ capsules which make only oxygen (O2) and water in the body did not have any cellular death through biotransformation reactions to any of the individuals tested. ALL individuals benefited from the extra presence of O2 in counter acting the bioactivation intermediates.

It must be noted that other forms of dry oxygen with antioxidants & minerals or other liquid forms of oxygen products can create a dehalogenation reaction, which often leads to reactive chemical species as found with carbon undergoing oxidation containing two halogens (usually cholorine or bromine), the product of oxygen insertion is a dihalogydrine, which undergoes dehydrohalogenation to a carbonyl halide entity. These acid halides are reactive and acrylate macromolecules and create a chemically induced pneumonia in individuals. A similar reaction is known to occur for chloroform. The initial reactive intermediate is phosgene, which can act as a bifunctional alkylating agent. Thus, in almost all cases whereas xenobiotic has terminal carbon (or reacts with a carbon nano tube/carbon advanced nanomicrobic material) with two halides attached, side chain oxidation mediated by cytochrome P-450 (microsomal enzyme inducers) will produce a toxic, reaction intermediate. The early administration of compounds that reduce the effects of the sulfhydryl group, such as cystamine, cysteine, N-acetylcysteine, methionine, and Opaline® Dry Oxy™ capsules, can decrease the severity of liver injury.

Indeed, only a small portion of these reactive intermediates may become covalently bound to tissue macromolecules. In some cases, covalent binding may be viewed as a detoxification of a reactive metabolite. However, in such binding results in inactivation of a critical enzyme, depletion of important cellular antioxidants (i.e., GSH), formation of an antigenic determinate, cross linking of neuro filaments, and so on, toxicity may result.

In summation, as an Industrial Toxicologist/IH and Doctor of Integrative Medicine who has evaluated the toxicological effects of hazardous materials for 30 years, I would recommend Opaline® Dry Oxy™ capsules to my individuals, Emergency Preparedness First Responders and the general public for a comprehensive approach to increasing the absorption of oxygen for cellular respiration and reduction of reactive intermediates from chemical exposures.

There are no reviews yet.

Only logged in customers who have purchased this product may leave a review.